The Universe Waits for You

If you’re not sure what to do or where to begin, pick anything and start anywhere.

This nugget of wisdom came through in a reading last week, and I had to write it down.

You see, the universe waits for you.

We can’t simply believe something into existence. We must act on it, too.

When we develop a faith in our desires and we act in accordance to them, things start happening and fast. But the thing is – it doesn’t actually matter where we begin. It only matters that we start.

If you went to college, think back to your time there. If you were like me, you may have had an existential crisis (or two) trying to decide what major to study. It felt like your entire life hinged on the decision to study one subject over another.

Let me let you in on a little secret: there are few decisions that act as hinges for the rest of your entire life. Deciding what to study in college is absolutely not one of them.

I studied philosophy and I ended up working at Microsoft as an engineer! In fact, up until after I graduated college, I had never taken a single computational class in my entire life! Who could have predicted that? No one.

And, I guarantee if I had told people that I wanted to work for Microsoft one day, as a philosophy major, people would have laughed. Even I would have thought “Good luck with that. You’re not even studying engineering!”

But you see – it doesn’t matter what you are doing right now as long as you are doing. The story never makes sense while you are in it. The story only comes together when you reach a milestone or destination point.

So if you know you want to be a healer and you have no idea what that means or looks like, and right now you have a whispering desire to learn how to weave – listen to it. Learn how to weave. Dedicate yourself to the desires that are within you and stop thinking so hard about what actions you need to take toward your dreams.

Pick anything at all and do it. Do it to completion and then move on to the next thing. You are learning about yourself when you act, and unless you do, nothing will land in your lap.

The universe waits for you. What are you doing, so that it will move you?

Opportunities to work and move together include:

But listen, anything is better than nothing. It’s literally anything that will lead you to the right thing. A process of elimination by trying is (much) better than getting nowhere by doing nothing. Because even in a process of elimination, you will learn worlds more about yourself and the world than you will by waiting. Do not let your life, your career, or your business pass you by because you aren’t sure what to do or where to begin. Seriously, pick anything.

And if you need any support, I’ve got your back. 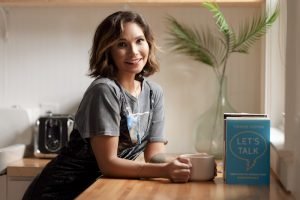 Integrity is the Key to Unlocking Your Fullest Potential

And yet, integrity is probably not what you think it is.  Here at TCP, we have been reflecting a lot on identity, self concept, and what it means to have

The Edge of Authenticity & Why We Must Find It

Last night I delivered a masterclass that went so epically sideways, I am still cringing slightly thinking about it. I am not cringing because it was a poor example of

The Universe Waits for You

If you’re not sure what to do or where to begin, pick anything and start anywhere.  This nugget of wisdom came through in a reading last week, and I had

Transitionary periods are not talked about enough.  The unknown is romanticized, but the feeling of being in it (if not positive) is not normalized enough.  When we say yes to

Spiritual Excellence in Business — what does tha

100,000 Paths to Wealth with @veefrugalfox is LIVE

Gentle reminder that you don’t have to bare it a

Yesterday I cried until my cheeks next to my eyes

This. Another gem from this week’s podcast, Runn